At the end of last year, I posted a Twitter poll with a list of authors I wanted to read. I asked my following which authors backlist I should attempt to read over the coming years. The overwhelming response was Bernice McFadden. Now, I’m not unfamiliar with McFadden. I know her by name; I know the title of her books and I own almost her complete novel catalog both in print and ebook. But I have never attempted to pick up any of her books. Darling Reader, I can’t tell you why. I just know that I’ve slept on her for years. But thanks to Twitter, I corrected the errors of my ways. (see Twitter isn’t always a cesspool) And since I’m going to attempt to read her entire catalog, why not start at with her debut novel, Sugar.

Sugar starts off with a scene so utterly heartbreaking with the murder of Pearl’s daughter. It is a gut wrenching opening, so well written that I took a moment to settle my emotions. The emotional rawnist made me feel like a member of Biglow’s community hearing Pearl wail out her grief after learning about the horrible death of her only daughter. It’s probably one of the most dramatic, emotionally intense openings I have read in a long time.

Fast forward fifteen years, the local pastor asks Pearl to welcome Sugar Lacey and extend Christian neighborly kindness to the younger woman. Sugar is a sex worker and Pearl is one of Biglow’s most respected members. This act of neighborly kindness gets off to a rocky started but their friendship is started over sweet potato pie. Pearl has never gotten over the loss of her daughter and it has a ripple effect in her family life. Sugar’s had a rough life and sex work has always been part of her existence. The friendship the women share helps them start reconciling with their past and trying to move forward to a happier future. Their bond is unlikely, very May December-ish, but it often reminded me of the bond between a favorite aunt and her niece.

One of the most fascinating things I think McFadden did in Sugar was to create two characters that appeared polar opposite but shared a lot of similarities. For example, their professions are different, career prostitute and career sanctified homemaker. But both their roles center catering to the needs of others. Being able to read people and judge their character. This is shown in how they both read and react to a certain male character (yes, I forgot his name). They identical responses to him as someone to be wary of. They both have withdrawn into themselves, Sugar as a way of surviving and Pearl as a coping mechanism. As characters, they were distinguishable on the page and sort of fit together like a lock and key.

McFadden does a great job bringing readers back to small town life in the 1960s Biglow, Arkansas. A town with dirt roads, and little to do. Where church, beauty salons, and barber shops of their center of town life and gossip. It is against this backdrop the stories of Sugar and Pearl collide in the past and the present. The story jumps back and forth from past to present to fill in the story of Pearl, Sugar, and some of the residents of Biglow. I loved how the members of Biglow were pulled into the story. The way they came to Pearl, hoping to get intel on Sugar. Every interaction drew out more and more of the towns residents’ secrets.

While I loved the town, it’s characters, and their involvement in the overall plot, it’s one of my biggest gripes with the story. It became clear early on almost every character had a role in the overall story and overarching plot. Normally, this would have me guessing how all pieces together at the end. But it all was too obvious. Darling Reader, I don’t consider myself someone who figures out the plot twist easily, but I saw this one coming a mile away. And it ruined some of the emotional impact the story had on me. I just wished everything hadn’t fit together so neatly. Maybe with a less back story I would’ve been kept guessing. Was the plot understandable and work out? Yes. Was it predictable? Also, yes.

Even the predictability of the plot twist couldn’t take away from the fact from McFadden being a damn talented writer and storyteller. There are elements of magical realism sprinkled throughout the story. The magical realism enhances the emotional intensity and the sense of impending doom McFadden’s writing brings to the story. I think the way she weaved these elements in throughout the story made the magical elements feel natural given the setting, characters, and time period. Sugar is not a happy story, but McFadden had my attention the entire time. This is one I stayed up until the wee hours of the morning to complete with little regrets. Her writing took me on an emotional roller coaster and I “enjoyed” every twist and turn. 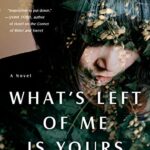 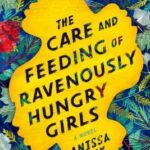 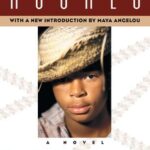 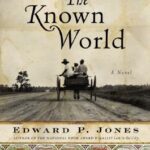 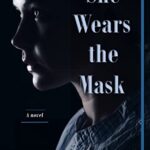 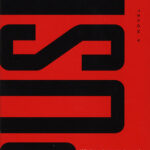