When I say this weeks topic for Top 5 Tuesday’s I was about to skip it. It’s not that I am not in the middle of any series it just I thought I didn’t have five series to share. Top 3 Tuesdays just doesn’t sound right. Because seriously that was the number of series that I thought I was in the middle of. After a little bit of thinking and a few clicks on Goodreads, I proved myself wrong.

The Daevabad Trilogy: Set in 18th century Cairo, S.A. Chakraborty gives readers a young con woman, a djinn warrior, and a pious prince. What more can a reader ask for? Oh, yeah. How about political backstabbing, witty royal court banter, complicated messy relationships, and the possibility of a budding romance? Seriously, it’s all there.

I’ve only finished book 1 in the series, The City of Brass, hopes are high for the next two books. I’ve been lucky enough to avoid spoilers as the people I follow on social media have raved about this series. The next book in the series, The Kingdom of Cooper, is on my “nightstand”

The Poppy War Trilogy: The best word to sum up R.F. Kuang’s is in the series title: war. No, there’s more than war, but it is about the harsh realities of war set against the backdrop of old China. The Poppy War follows a young female protagonist name Rin as she competes for admission into a prestigious military school. Once admitted, her military career dreams are bashed when a war breaks out and everyone is called in to defeat the enemies. The Poppy War Trilogy is a grim dark fantasy based partially on real-life events (The Rape of Nanking). It’s filled with all the horrors of war, Chinese Gods, and a less than perfect young protagonist.

I finished the first book in the series, The Poppy War, in record time. Even though it was dark and at times graph, I couldn’t put it down. Seriously, I was rushing place just to steal a couple of minutes to see what would happen next. The only reason that I haven’t completed the series yet is because I was waiting for the series to be complete. It is now complete and if my heart desires, I can settle in for a binge read. Based on internet reactions to the series, I don’t think it can.

The Nightmare-Verse: An Alice Adventures in Wonderland inspired young adult portal fantasy featuring Alice, a Black Atlanta teen female, who saves the world from Nightmares with the help of her trusty blade. Yes, please. Packed with action scenes and teenage angst, L.L. McKinney’s The Nightmare-Verse promises to be a fun read.

I’m normally not a fan of teenaged angst, because dear reader, I’m old. But I enjoyed my time with Alice and the gang in A Blade So Black, the first book in The Nightmare-Verse series. Young Alice is struggling to juggle life, friendship, parental expectations, school, and “Nightmares” creatures formed in the human imagination that wreak havoc both inside and outside of Wonderland. She has a lot on her plate and I know I will enjoy finding out how handles it all.

I started with the first book, A Destiny Awakened after searching Girl, Have You Read? for a paranormal romance with black characters. I’ve read plenty of shifter romances, but only one other that contained a lion. Let’s just as that I loved what Dria Andersen did in the first book. I went in it looking for a typical paranormal romance and got more urban fantasy that I was expecting and didn’t know that I needed. So far, this series contains romance, humor, danger, gods, goddess, and larger overarching plot that I can’t wait to read more about.

The Walking Dead: Do I really need to tell you about this one. Yes, the original comic and the television have major differences, but the premise is the same. Zombie apocalypse happens and shit got real.

I’m currently on Volume 12 of this 32 Volume series, I started it because I was curious to see how much the television show veered from its comic origins. And while I’m enjoying it, I can’t say I’m loving it. It’s entertaining, but the writing is not the best. Hello, horribly written female characters. That being said, I’ve never once thought about abandoning the series and I’m interested in seeing how it will be concluded.

That concludes this weeks Top 5 Tuesday. What series do you have to finish up? 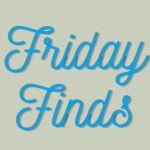